Florence is a contemporary, southern belle of a city offering the amenities of a sophisticated metropolitan area with nearly 5,000 quality hotel rooms, unique shopping and a variety of fine restaurants.

It’s the perfect place for history buffs, too. The kayaking excursions through the SC Revolutionary Rivers Trail bring adventuresome visitors into the stomping grounds of the Revolutionary War hero Francis Marion, known as the Swamp Fox for his ability to hide in the cypress swamps. The Florence Stockade served as a Union prisoner-of-war camp from September 1864 through February 1865. As many as 12,000 Union soldiers were imprisoned there. The Florence National Cemetery was established in 1865 just south of that camp.

Florence was originally established as a transportation hub in the mid 1800s, first because of the Pee Dee River, then because it was the intersection of three major rail lines. Florence was a major rail center for the movement of men and military supplies during the Civil War.

Though largely agricultural, with their direct connection to I-95 and I-20, Florence has become a leading choice for large corporations such as Honda, QVC, Monster, Johnson Controls, Heinz, Otis Elevator, and most recently Ruiz Foods.
Visit the Website 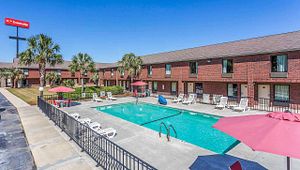 Enjoy beer from over 40 local and regional craft breweries and devour delicious local food truck eats. With your tasting glass in hand, you’ll also experience the botanical garden as a festival backdrop like no other. Read More