The town of Barnwell is the county seat of Barnwell County. Both the county and the town were named after John Barnwell, an Irishman who was an agent for the colony of South Carolina in London in the early 1700's. The Edisto River runs across the northern boundary and the Savannah River forms its Southeastern border separating it from Georgia. The County has thousands of acres preserved in its natural state, recreational activities are endless, from fishing and hunting to swimming and boating. Other towns located in the county are the Blackville and Williston. 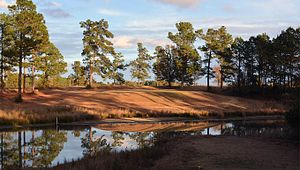 This course's narrow fairways are lined with pine trees. The signature hole is #3 because water comes into play on the left and sand bunkers guard the right. Two of the fairways are doglegs that require shots over trees to allow yourself a clear approach... Read More 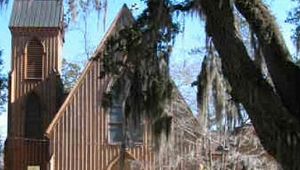 Church Of The Holy Apostles

Built in 1856 of pine in the typical Gothic style of the English Parish Church, tradition states this Episcopal sanctuary was used as a stable for Union horses by Gen. Kilpatrick during Sherman's 1865 march of destruction. The large baptismal font,... Read More 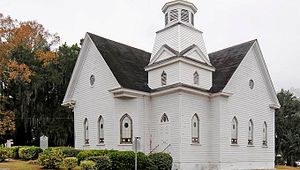 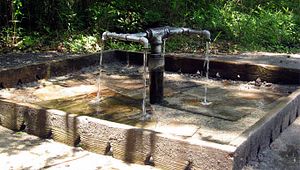 Artesian wells supply legendary mineral waters to pilgrims seeking help for all kinds of ailments. Historical accounts and legend date the springs back to pre-European era when Indians considered the waters sacred and bathed in them for healing when... Read More 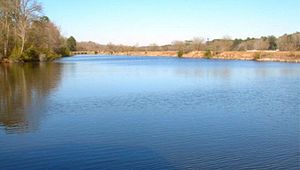 Lake Brown is a 100 acre fishing lake provided by the South Carolina Dept. of Natural Resources. Public access is through public boat ramps and a fishing pier. There are some boat/motor restrictions. Read More 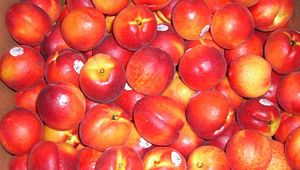