Awendaw was named by the Sewee Native American tribe. It is also home to an oyster shell mound created by the Sewee Tribe. It is often referred to as "The Spanish Fort". Most of the mound is still intact. The rest of it was destroyed to construct roads and homes for the citizens of Awendaw. In 1992, the town of Awendaw was first incorporated and elected its first mayor, Willam H. Alston.
Visit the Website

The Links At Stono Ferry

Ron Garl designed this link-style championship golf course along the Intracoastal Waterway in the Lowcountry. Located on the site of the Battle at Stono Ferry, fought here in 1779, the front nine winds its way through majestic pines and waste area-lined... Read More

Ocean Winds Golf Course, designed by Willard Byrd, is a 6,765-yard, par 72 course that plays along tidal marshes and natural sand dunes out to the edge of the Atlantic Ocean. The course underwent greens renovations in 2004, installing Champion Ultra... Read More 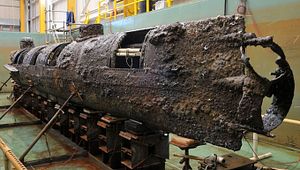 On February 17, 1864, the H.L. Hunley became the first successful combat submarine in world history when eight men entered an experimental vessel with a mission to sink the USS Housatonic. The Hunley successfully rammed her spar torpedo into the hull of... Read More 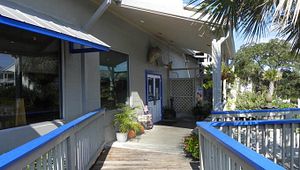 The Waterfront Restaurant is locally owned and operated by island natives Susan and Scot Flowers. The Flowers’ name upholds four generations in the Edisto seafood industry. The Waterfront provides a casual and family-friendly atmosphere while offering... Read More

At Charleston's first distillery since the age of Prohibition, you will find premium, hand crafted spirits made from the finest ingredients available. Make sure you stop by to take a tour and have a taste--you won't want to miss it! The distillery is... Read More