The town of Kershaw sits in both Kershaw and Lancaster counties, with a larger portion of the business section being in Lancaster. The area developed soon after Southern Railroad established a station in 1887 when it was known in its earliest days as Welsh’s Station. In 1888, Captain Welsh led the movement to apply for a charter to incorporate a new town which would be named Kershaw, in honor of Major Gen. J.B. Kershaw, a much admired South Carolinian in the post-Civil War years. 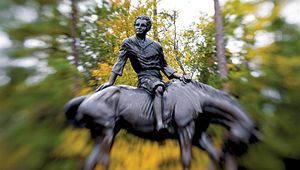 Andrew Jackson State Park combines history, art and community activities into a setting that has made it one of the S.C. State Park Service’s most popular attractions. The only park in the system dedicated to a U.S. president, Andrew... Read More 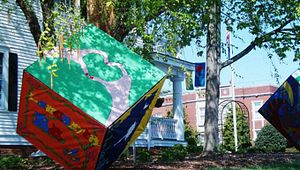 Lancaster County Welcome Center takes pride in providing information regarding Lancaster County to visitors as well as local residents. Whether you have interest in historic sites and culture, the arts, or outdoor events and activites, we have literature... Read More

At 521 BBQ, Boston butts are hand-rubbed with the signature 521 BBQ rub, and smoked for 14 hours on site. The barbecue you order in the restaurant today was rubbed and cooked last night! We do not re-heat or use leftover barbecie from another day --... Read More

Welcome to the South Carolina Ag + Art Tour, a free, self-guided tour of designated farms in South Carolina featuring local artisans and farmer's markets. During this tour you will have the opportunity to see first-hand where your food comes from, watch... Read More