Often referred to as the “Charleston of the Upcountry”, Winnsboro, located in the upper Piedmont region of South Carolina, is the Fairfield County seat. The town was named in honor of the Winn family, whose members fought in the Revolutionary War. During the Revolutionary War, Lord Cornwallis made his headquarters in Winnsboro for four months.

The town abounds with historic and architecturally interesting homes and buildings. Winnsboro’s entire central core is listed on the National Register of Historic Places. Sites to see in Winnsboro include the Greek Revival Fairfield County Courthouse, designed by South Carolina’s Robert Mills; the Town Clock, modeled after Independence Hall in Philadelphia, is believed to be the longest continuously running town clock in America to colonial buildings; and the Fairfield County Museum, which houses collections spanning the area’s pre-history through to the early twentieth century. Each year in mid September the town hosts the “Rock around the Clock Festival” with entertainment, food and antique cars.
Visit the Website 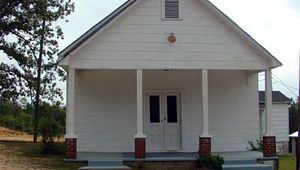 The church, like many in the South, was started after the Civil War as a brush arbor church. The annual religious and fellowship service or "camp meeting," is held in August. Read More 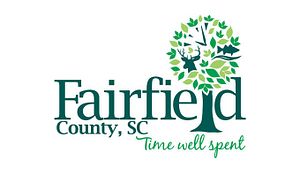 Self-guided walking tour brochures for Winnsboro and Ridgeway are available at the Fairfield County Chamber of Commerce office and Ridgeway Visitor Center. Annual events include Wings & Wheels Air Festival (May), Arts on the Ridge (May), AG + ART Farm... Read More 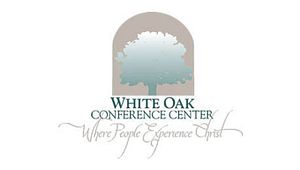 Conference and meeting facilities are available on a year-round basis to groups at the conference center. White Oak Conference Center is owned and operated by the South Carolina Baptist Convention and provides conference space for churches and... Read More 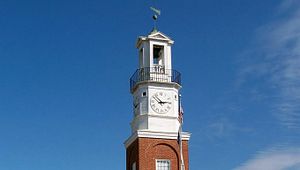 Winnsboro Town Clock is the oldest continuously running clock in the US. Circa 1833 Built originally as a market it has served as fire house, community meeting room and home of the Fairfield County Chamber on the second floor from 1947 until 2011. The... Read More

Pig on the Ridge

The 15th annual Pig on the Ridge festival, held along the railroad in historic downtown Ridgeway, S.C., is expected to attract 70 to 75 cook teams from the Carolinas and Georgia, plus thousands of hungry visitors. Highlights include a street party along... Read More