Known as a gateway to the Blue Ridge Mountains, the town of Walhalla is situated in the northwestern section of the state. Founded in 1850 by German immigrants, the name Walhalla, came from the Norse mythology which means “The Garden of the Gods". Soon after the town became the county seat of Oconee in 1868, new settlers began to move into the area, eventually reducing the percentage of the German population.

While much of the original German influence is gone, the town hosts the annual Oktoberfest. Walhalla’s points of interests include the St. John’s Evangelical Lutheran Church listed on the National Register of Historic Places, Oconee Heritage Center and nearby Issaqueena Falls/Stumphouse Tunnel. The downtown area has a variety of shops offering antiques, pottery, jewelry, baskets and clothing.
Visit the Website 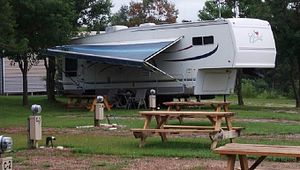 Lake Hartwell RV Park is an adult only (18 years and up) with unobstructed views of the southern skies for your satellite reception. It is a place where you can come and let your hair down in a quiet country setting. We have 20 sites which include 30/50... Read More 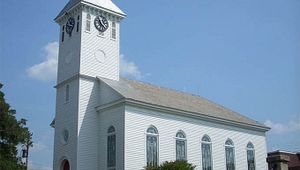 Organized in 1853 by German immigrants who founded the town of Walhalla in 1850. The original building, begun in 1859, still stands today. Many Confederate soldiers and one Union soldier are buried in the ancient cemetery. Read More

Chattooga Belle Farm is a 138-acre working farm and event destination boasting a stunning 270 degree view of rolling hills, vineyards, orchards and berry patches among the backdrop of the majestic Blue Ridge Mountains. A premier wedding and reception... Read More

In April 1973, Gloria Cleveland Yassen and Abed Yassen opened for business. T-Bone steaks and grits were staples on the menu in those early days. Then short-orders like fried flounder and hamburger steak were added. Now, the "Arabian Rooster" fried... Read More 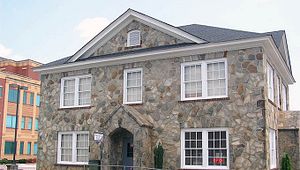 Oconee Military Museum offers an opportunity for visitors to see firsthand what veterans have contributed and often sacrificed for our country, the world, and our freedom. Military artifacts, documents, photographs, and artwork adorn the walls of the... Read More