Forged from a former rice plantation, the time-honored Scottish design of Wachesaw Plantation East features rolling fairways, traditional mounding and strategically-placed bunkers. Its freshwater lakes and scenic wetlands are the perfect backdrop for a relaxing day on the golf course. Featuring five sets of tees and Fast and true Tif-Eagle greens, Wachesaw Plantation East is a championship course and a former stop on the LPGA Tour, hosting four nationally-televised LPGA championships.
Visit the Website 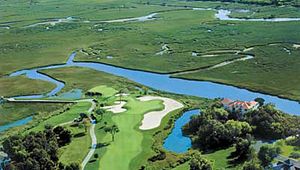 Coastal golf resort offering Jack Nicklaus Course, restaurants in an elegant clubhouse and luxury villa suites set among the beauty of the Lowcountry. Pristine beaches, boutiques, Brookgreen Gardens, and the fine restaurants of Pawleys Island make this a... Read More 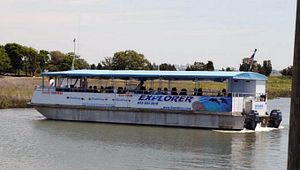 Board the Saltwater Marsh Explorer and discover the amazing ecosystem alive in our marshes! Our marine biologist narrators show you an astonishing variety of marine life - crabs, sea urchins, fish, and much more. Placed on-board in touch tanks, you can... Read More 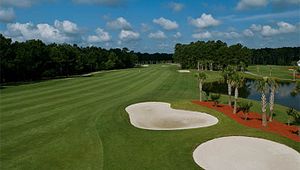 When the International Club opened its course in 2000 in Myrtle Beach, South Carolina, it truly delighted those who love the game of golf and it quickly earned a reputation as one of the area's most enjoyable, challenging, and dynamic 18 hole courses.... Read More

The Burning of the Socks