One year before the Ryder Cup Matches were played at The Ocean Course, Kiawah hosted the club professionals' version of the international match-play competition when the 1990 PGA Cup Matches were played at Turtle Point. The PGA of America is just one of many organizations that have selected the Jack Nicklaus design as the site of a premier event. More recently, the course has hosted both the Kiawah Pro-Celebrity Challenge, and the Hootie & the Blowfish Monday after the Masters tournament.

Opened in 1981, Turtle Point is a low-profile design in which fairways and green settings are blended into the existing landscape without the artificial mounding and radical features that became so popular later in the decade. At 6,914 yards from the back markers with five par fours stretching 420 yards or longer, the course offers a tough test for all golfers. And the 412-yard 15th, the middle hole of a spectacular, three-hole oceanfront trio, with its tiny green tucked into the dunes, can be the hardest hole on the course, depending on the wind of the Atlantic.

In 2002, the resort opened a beautiful new clubhouse – the centerpiece of a Nicklaus-led renovation of the course that saw several green complexes reshaped and remodeled. The project also saw the construction of a 24,000-square-foot teaching facility.
Visit the Website 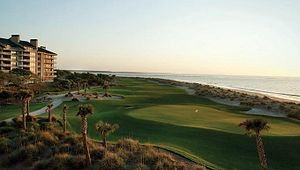 This Tom Fazio-designed course is highly regarded and regularly ranked in the Top 100 in the U.S. by both Golf and Golf Digest. Rolling fairways. Rustling palms. Challenging enough for golfers of every level. Massive dunes and oceanside finishing holes... Read More 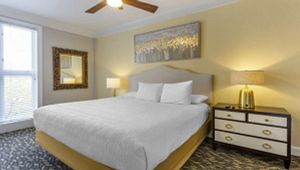 The largest distillery in the state, Firefly Distillery offers one-of-a-kind products to go with a one-of-a-kind atmosphere. According to one of the founders, they chose "Firefly" for their name because fireflies are "magical", and bring that feeling of... Read More