The 10,000 square-feet facility focuses on the history of Parris Island from prehistoric times to the present. Ground floor exhibits cover the early Marine Corps, archaeology, Native Americans, 16th-century French and Spanish settlements on Parris Island, the American Revolution, and the Civil War in the Lowcountry. Second floor exhibits cover Marine Corps history from 1909 to the present, with an emphasis on both World Wars, Korea, Vietnam, Peacekeeping Missions, and the Gulf Wars. A theater, archives, and gift shop complete the facility.
Visit the Website 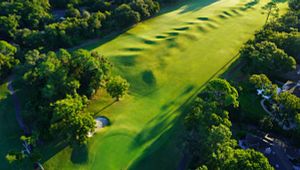 One of the Lowcountry's most distinctive layouts, this course is in the luxurious Leamington section of Palmetto Dunes Resort and has the aura of a private country club. Built on a series of gorgeous sand dunes and less than a half mile from the... Read More 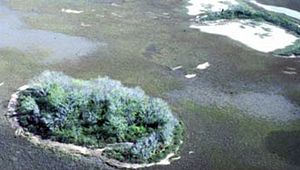 This island contains four Late Archaic Period shell rings dating to 4,500 years ago. Twenty-three other sites ranging from 10,000 BC to AD 500 are also present on the island. A primitive campsite is available by permit. Spend your visit viewing such... Read More 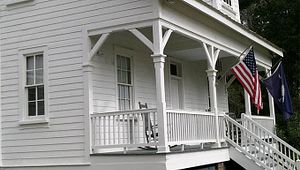 This lighthouse was built in 1883 atop the keeper's two-story house on the southeastern tip of Daufuskie Island. Read More