Established in 1670, this "mother church" of the Province originally stood on the site where St. Michael's stands today. The present building (c. 1835-1838) saw its bells converted into cannons during the Civil War. On July 4, 1976, new bells were placed in the steeple, and again St. Philip's bells could call the faithful to worship. St. Philip's was known as the lighthouse church, a light having been put into the steeple to help guide ships to port. The federal government actually maintained this light early into the 20th century. The property is a National Historic Landmark.
Visit the Website

Market Hall was built in 1841 for the use of the commissioners of the market and was also used as a meeting hall. Since 1899 it has been home to the Confederate Museum. The hall was the commercial center of Charleston for many years and served as a... Read More

Located on scenic Shem Creek, Charleston's most photographed creek and home to the local shrimping fleet. Shem Creek Inn is the most desirable location this side of Historic Charleston! Minutes from Charleston's Historic District and only a short... Read More 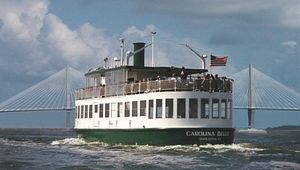 Many visitors consider The Harbor of History Tour aboard the 250-passenger vessel the Carolina Belle, one of the most enjoyable attractions in Charleston. The 90-minute, non-stop tour covers 20 miles and over 300 years of history! Sit back and relax or... Read More

Nestled just outside of historic Charleston SC, the Residence Inn North Charleston is the perfect place to have as home base for your South Carolina Low country visit. Our Location is central to the Charleston Area Convention Center & Coliseum, Tanger... Read More 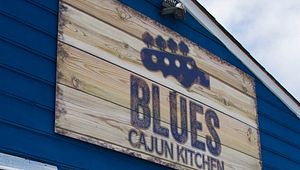 Blues Cajun Seafood has "something for everyone, and a lil' something extra!" South Carolina Chef Ambassador Sean Mendes has worked hard to make sure that this place will become one of your favorite places to eat on James Island. Using only the freshest... Read More