Charles & Mary Moore established Walnut Grove on a 550-acre land grant about 1765. These Scots-Irish immigrants raised ten children in the house they built and lived in for 40 years. Mr. Moore relied on a dozen enslaved African Americans and his own large family to work his sizable farm. During the American Revolution, the Moore family, including eldest daughter Margaret Catherine Moore Barry, actively supported the Patriot cause. Walnut Grove Plantation tells the stories of the free and enslaved people who settled South Carolina and the rest of Britain's American colonies, fought for independence, and built a new nation. Walnut Grove offers hourly guided tours of the site's 250-year-old manor house and reproduction kitchen cabin and school house. Regular programs examine Colonial & Revolutionary Era history and often feature reenactors portraying people of the time.
Visit the Website 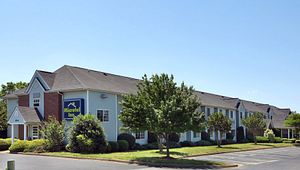 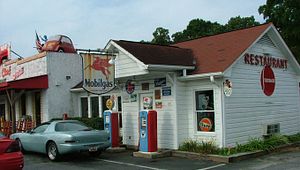 This burger joint dishes up fast food as well as meat 'n' three lunches. The 50's-style atmosphere brings in the crowds. A restored Studebaker, a three-wheeled BMW, a couple of old Harley-Davidson motorcycles, and the memorabilia are some of the items on... Read More 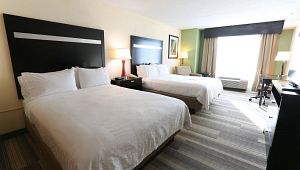 Welcome to the award-winning Holiday Inn Express & Suites I-26 and US-29 Westgate Mall! With 88 spacious guest rooms and countless amenities, our hotel offers all of the conveniences you need to host your event, conduct business, or simply recharge while... Read More 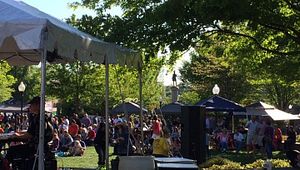 The Hub City Hog Fest will take place in the Morgan Square in downtown Spartanburg. The festival will include a barbecue competition, an awards ceremony for the winning barbecue (Saturday afternoon), delicious food and drink from local vendors (Friday... Read More 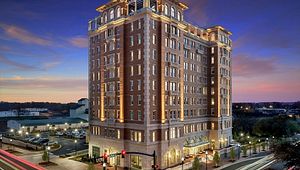 Check in – and then check out this hotel’s amazing artwork! Guests at AC Hotel Spartanburg are encouraged to interact with 40+ objects on view — paintings, works on paper, textiles, and sculpture — created by artists associated with the legendary Black... Read More