On February 17, 1864, the H.L. Hunley became the first successful combat submarine in world history when eight men entered an experimental vessel with a mission to sink the USS Housatonic. The Hunley successfully rammed her spar torpedo into the hull of the Housatonic, causing the warship to sink within minutes. After completing this momentous feat, the Hunley crew signaled their success to shore but then never returned home.

That night, history was made. At the same moment, a mystery was born. The Hunley became the first submarine ever to sink an enemy ship. But why had she suddenly disappeared? What caused her to sink? And would she ever be found?

After being lost at sea for over 130 years, the Hunley was located in 1995 and raised on August 8, 2000. The submarine was brought to the Warren Lasch Conservation Center in Charleston, South Carolina where scientists continue to work to unlock the mysteries of the Hunley. The submarine was in essence a time capsule, holding a wide array of artifacts from the nineteenth century.

Come visit the Hunley and be part of this historic event! Tours include actually seeing the Hunley in her conservation tank, artifacts found on board, including Lt. Dixon’s legendary gold coin and a newly renovated interactive exhibit area, including the official Hunley gift store. many Tickets are $16 for adults, $14 for military and seniors, $12 for members of Friends of the Hunley, $8 for youth ages 5-17. Reservations can be made in advance at www.etix.com or by calling 1.877.4HUNLEY (1-877-448-6539).
Visit the Website 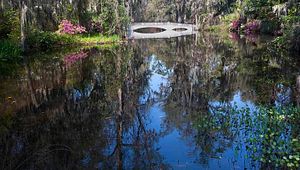 This world-famous plantation has been associated with the Drayton family since its founding in 1676. Listed on the National Register of Historic Places, it includes the country's oldest garden (c.1680), and a Reconstruction-era plantation manor with a... Read More 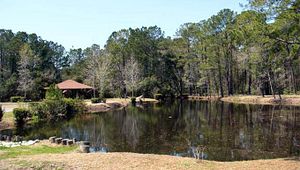 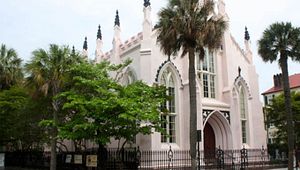 The French Protestant Church of Charleston was founded in approximately 1681 by Huguenot refugees from the Protestant persecutions in France. About 450 Huguenots had settled in South Carolina's Low Country by 1700. The first Huguenot Church was built on... Read More

Let a fourth generation Charlestonian introduce you to one of the most charming and unique cities in the country. Mary Coy is a licensed city tour guide and has taught in a variety of settings, including museums, historic sites and classrooms. The... Read More

Shannon Campbell loves to make people happy by serving great food in a comfortable, nice environment. Mozzo offers incredible sandwiches in a friendly place and they invite you to come, visit and enjoy. Read More

excellent service and value, close to Historic Charleston. Welcome to Hampton Inn & Suites Charleston Airport. Our modern hotel offers an excellent location, just two miles from CHS Airport and across the street from the Convention Center. We are also... Read More