America's First Museum showcases an outstanding collection that tells the story of Charleston and the Lowcountry. Whether you have an interest in early southern culture, decorative arts, historic weaponry or military history, The Charleston Museum has... Read More 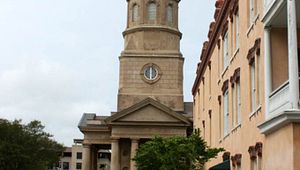 Established in 1670, this "mother church" of the Province originally stood on the site where St. Michael's stands today. The present building (c. 1835-1838) saw its bells converted into cannons during the Civil War. On July 4, 1976, new bells were placed... Read More 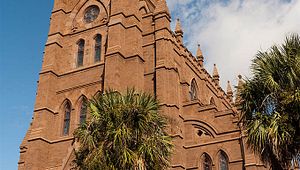 Cathedral Of St. John The Baptist

The land on which The Cathedral of St. John the Baptist stands was originally purchased in 1821 by our first bishop, The Rt. Rev. John England of Co. Cork, Ireland. Bishop England, four other bishops, and Bishop England’s sister, Joanna Monica England,... Read More

Entering Our Second Century of Service and Ministry of Hospitality...located on Seabrok Island, we invite and welcome guests, youth through adult, from religious, educational, and community not-for-profit organizations. Amid century-old oaks and stately... Read More 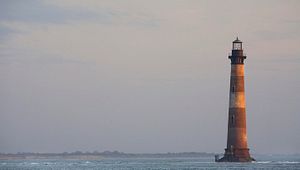 Built in 1767 at the southern entrance to Charleston, the original tower was destroyed during the Civil War. The new tower, built in 1876, stands 161 ft. with 201 steps leading to its top. The beacon was extinguished in 1962. The red and white striped... Read More 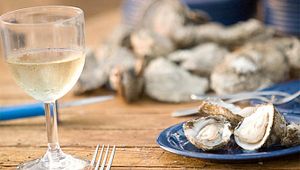