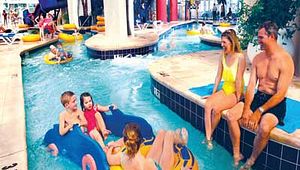 The North Myrtle Beach Chamber of Commerce, Convention and Visitors Bureau (CVB), an accredited five-star Chamber/CVB that continues to lead by example as an exemplary local business advocate and supporter, as well as a champion of North Myrtle Beach as... Read More

This 40-acre living farm museum replicates life on small Southern family farms owned and operated by African Americans between 1865-1900. Authentic farm methods, tools, crops, animals, and buildings of the period are used to replicate life on the... Read More