Grab your bike, your rollerblades or your running shoes and set your own pace as you meander through the natural terrain, the neighborhoods and the Savannah riverfront on the North Augusta Greeneway Trail. Named after former Mayor Thomas W. Greene, one of North Augusta's most popular recreational amenities is the Greeneway, a paved multi-purpose trail created out of an abandoned railroad right of way. The North Augusta Greeneway is currently over seven miles long. As the trail winds through the city, its path is straight, winding, flat or gently inclined. Along some stretches of trail, a lush canopy of leaves provides a shady retreat through beautiful hardwood forest. Other sections offer wide-open spaces, glimpses of neighborhoods, native wildlife and breathtaking views of the Savannah. Trail users travel through steep embankments, over creeks and bridges and under short tunnels and roadways.

One of several unique features of the trail is a 180-foot pedestrian bridge that crosses SC 230, a major thoroughfare of the South Carolina National Heritage Corridor. Construction was recently completed on a 1.5-mile extension of the trail along the Savannah River. This section features a 90-foot flatbed railcar, donated by TTX-Hamburg Division, which serves as a bridge crossing Crystal Creek. A community dock joins the Greeneway extension and a riverfront park is currently in progress in conjunction with a new traditional neighborhood development also under construction along the riverfront.

The Greeneway provides a great place to meet, socialize and share family time, and serves as a unique pedestrian connection between neighborhoods throughout the community. The Greeneway is open to the public from dawn until dusk. There are four parking areas for those who do not have direct pedestrian access to the trail. Parking is available near the eastern end of the trail at Riverside Boulevard and near the western end of the trail at Pisgah Road.
Visit the Website

Thousands are drawn to this community each Saturday after Thanksgiving to celebrate this unusual food item that has been a southern tradition for over 100 years. Activities also include a parade, hawg-calling and strut contests, food and craft vendors,... Read More 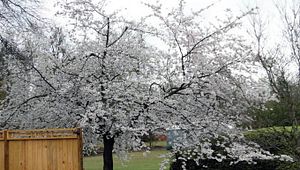 One of the oldest settlements in South Carolina, Beech Island is a community located along the Savannah River in Aiken County. Beech Island began in the 1680s as Savano Town settlement, an important trade center and “jumping-off” point to the Western... Read More 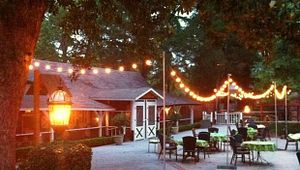 The fall - that time of year when you look forward to cotton candy, corn dogs, candy apples, funnel cakes, huge turkey legs and deep fried everything. And yes, the memories you make when you scream to the top of your lungs from the adrenaline-pumping... Read More 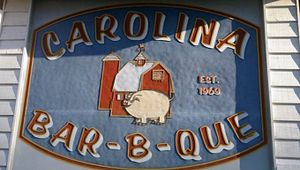 They've been around since 1969, so they must be doing something right. Ask about good barbecue in Aiken County and you'll get more than a few squeals for Carolina Bar-B-Que. So that you won't be disappointed when traveling before the end of the week,... Read More