By 1863, Fort Bull, the earthwork defense erected by slave labor around the Bee's Ferry /Ashley River Road intersection, was in place, no doubt in remembrance of the fact that the British had successfully crossed the Ashley and staged their capture of Charleston in 1780 from this same spot. Ft. Bull probably was empty when the defenses of Charleston were abandoned to the Union and the city evacuated on February 17, 1865. Six days later, on February 22nd and 23rd the troops of the 56th New York Volunteers looted and burned Middleton Place, beginning or continuing the destruction of the great homes along the Ashley River Road as the Union pushed through the state toward the culmination of the conflict in North Carolina and Virginia. Flames consumed nineteen of the great houses along the road, including Ashley Hall, and Magnolia. Only Drayton Hall survived. Today, the Fort Bull Confederate Earthworks are hidden behind the tall trees lining the Ashley River Road. 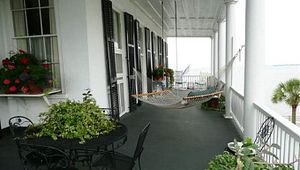 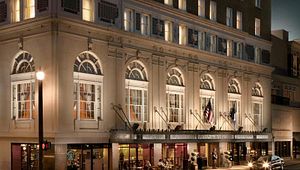 Opened in 1924 at a cost of $1.5 million, the Francis Marion Hotel was the largest and grandest in the Carolinas. Named for General Francis Marion, the "Swamp Fox" of the American Revolution. After a $15 million National Trust award-winning restoration,... Read More

Welcome to Quality Inn Charleston Gateway! We are conveniently located to historic downtown Charleston and the Charleston Coliseum. While you are visiting with us you will relax in a clean comfortable room with a complimentary continental breakfast in... Read More

This is a way-cool hot dog stand. The Cosmic Dog was dubbed "the best hot dogs I've ever had" by TV Food Network personality Alton Brown. A family friendly atmosphere with retro style. Read More

The festival will include an assortment of Gullah Geechee skits, storytelling, folklore music, dance, children performers, along with demonstrations and lectures on the history of sweetgrass basket making in the Lowcountry. A variety of children and... Read More