With its miles of pristine, white sandy beaches, idyllic year round weather and, what seems like, an infinite number of golf courses within its 60 square miles, Hilton Head Island is, without argue, known best as a golfer’s paradise. However, Hilton Head Island is fast becoming known for something surprising…remarkable automobiles. In 2002, Hilton Head Island was introduced to the Concours d’Elegance – an entity that emerged in the United States more than 60 years ago in California offering a stage for the most elegant, immaculate and flawless of classic cars to compete for the coveted title of Best of Show. Since its inception, Hilton Head Island has set itself apart from other Concours events expanding into a Motoring Festival, the only of its kind on the East Coast boasting a vintage racing event, the Savannah Speed Classic, in nearby Savannah, GA an array of new car displays, test drives and automotive-themed exhibits, and, of course, its own Concours d’Elegance. North America’s finest positioned under the spreading oaks and cascading Spanish moss characteristic of the famous South Carolina ‘Lowcountry’ is enough to get just about anyone’s engine going. With the beautiful setting of Hilton Head Island as the backdrop, the Hilton Head Island Concours d'Elegance & Motoring Festival celebrates the love story between man and machine. For more information, visit www.HHIConcours.com or ‘Like’ the Hilton Head Island Concours at www.facebook.com/HiltonHeadIslandConcoursdElegance.
Visit The Website For The Latest Event Information 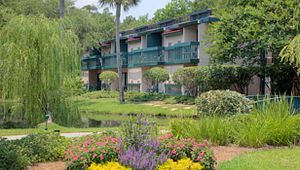 Welcome to the Econo Lodge of Beaufort, South Carolina, the only local location with an indoor heated pool and hot tub. Enjoy a continental breakfast, clean, comfortable rooms with refrigerator and microwave, hair dryer, and 25" TV. We are walking... Read More 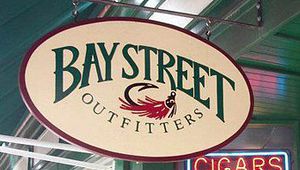 Operates the Redfish School which includes a 1-day experience for intermediate and advanced anglers interested in casting for redfish in local salt marshes and flats. Fees include all fishing equipment, lunch, and a pro guide. Read More 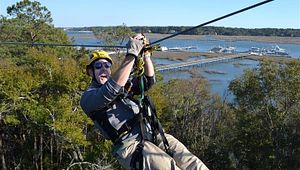 Located in the heart of Hilton Head, we've made the Lowcountry high with these 2 adventures through the trees, each 2 hours of beauty and fun. Soar on ZipLine HH, 8 interconnected ziplines including dual cable racing finale on this two-hour canopy... Read More 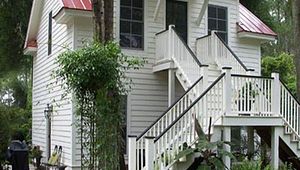 Welcome to “Banana” – Our Studio Guest Quarters over our carriage house… 'Get your Island on when you're here!' Our guests enjoy our “Caribbean-Style” retreat in a private, safe, quiet, waterfront community. Enjoy stunning views from our COMMUNITY DOCK... Read More 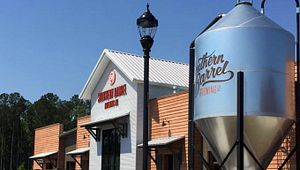 At Southern Barrel Brewing Company, we’re combining the beauty of old with a taste of the new. The brewery was recently built in Bluffton, SC but it’s been a long time coming. We are proud to brew delicious craft beers there 24 hours a day 7 days a week.... Read More