A historical marker defines this site where, from September 1864 through February 1865 approximately 16,000 Union soldiers were held captive in Florence. A stockade was constructed here to accommodate prisoners, previously incarcerated at Andersonville and other prisons in south Georgia. These prisoners were moved as a result of Gen. William T. Sherman's Union Forces heading to Savannah in the now famous "March to the Sea." Approximately 2,802 Union soldiers died and many are buried as "unknowns" in the adjacent Florence National Cemetery. The Friends of the Florence Stockade held an official public opening on May 31, 2008. The site now includes parking area, and offers an interpretive gazebo and guided walking trail with interpretation about the history of the stockade.
Visit the Website

Celebrate the birth of the city of Johnsonville at this weekend festival with carnival rides, food, arts & crafts. There are live bands Friday and Saturday night, a D.J. on Saturday, a strolling mime, face painting, wrestling and a motorcycle poker run. Read More 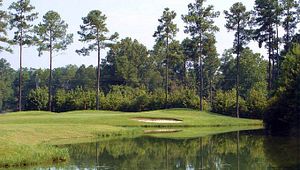 Built in 1998, Olde English Trail offers traditional golf on a par-72 course laid out by the Tom Jackson, an architect known for creating scenic and enjoyable courses all over South and North Carolina. The challenge is threading your way through the... Read More

This popular park on the Lynches Scenic River features a variety of habitats and vegetation including a river swamp with towering cypress trees as well as sandhills. Activities include canoe and kayak rentals, nature trails, geocaching and picnicking and... Read More

Lake City is centered in a thriving agricultural area in southern Florence County. The first settlement developed around the intersection of two major roads and continued to grow with the arrival of the railroad. Today it is the second-largest community... Read More

The annual Darlington Car Hauler Parade & RaceFest features the NASCAR Monster Energy Cup Teams transporters making their way through cheering fans from the Florence Center to Darlington Square and onto Darlington Raceway. There's plenty of fun for the... Read More 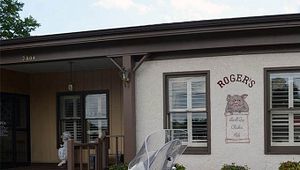 Ask most anyone in Florence where to go for good barbecue and they'll point you to Roger's. The awards prove how much local residents love Roger's. Mustard-based and vinegar pepper-based barbecue are served here. Folks rave about the liver hash here. The... Read More