First Baptist Church originated in Kittery, Maine, in 1682. Under the leadership of William Screven, the church moved to Charleston in 1696. An earlier meeting house (c. 1701) was replaced by the present Greek Revival Sanctuary (c. 1822), designed by Robert Mills, the first American trained architect. Richard Furman led First Baptist from 1787 to 1825, becoming the first president of the Southern Baptist Triennial Convention, which became the model for other state conventions and ultimately, the Southern Baptist Convention. John A. Hamrick, pastor from 1940-1968, led the church to establish First Baptist Church School and served as founding president of Charleston Southern University.
Visit the Website 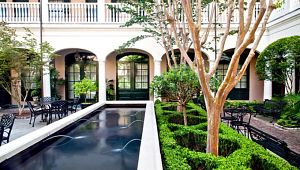 When Planters Inn was built in 1844, it secured the absolute best location of all hotels in Charleston, South Carolina. Recognized by Travel + Leisure as the #1 Best Boutique Hotel in the United States, this famous Relais & Châteaux hotel overlooks the... Read More

Since 1808, visitors have admired the grand Federal townhouse of Charleston merchant Nathaniel Russell. Set amid spacious formal gardens, the Nathaniel Russell House is a National Historic Landmark and is widely recognized as one of America’s most... Read More 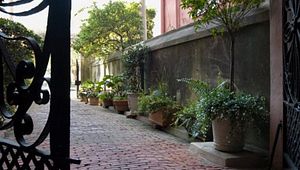 Our romantic and cozy historic carriage house inn on the famous Battery Park (White Point Gardens) beckons you to relax and recharge. The Inn is highly popular with visitors who seek the true Charleston experience. Perfect for great walks and running... Read More

The festival will include an assortment of Gullah Geechee skits, storytelling, folklore music, dance, children performers, along with demonstrations and lectures on the history of sweetgrass basket making in the Lowcountry. A variety of children and... Read More 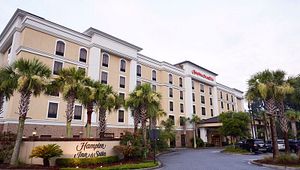 This is the newest Hampton Inn & Suites in Charleston and we are a Smoke-free hotel. We are located at Exit 205-B off I-26. The hotel is 18 miles from the downtown Historic District and 10 miles from Charleston International Airport. Amenities include... Read More

Charleston Zip Line Adventures is the ONLY Zip Line Park in the Charleston area. Come fly, climb, zip, and play on our zip lines and climbing wall. The Canopy Tour has seven zip line cables, three swinging bridges and a grand finale zip of 750 feet. Our... Read More