Visitors keep coming back for the ham hocks, mac 'n cheese, lima beans, cabbage, field peas, yams, red rice, fried chicken, pig feet and other delicious foods served at Bertha's Kitchen. Three sisters operate the restaurant named for their late mother who opened the restaurant in the 1970s. It's been an institution for more than 30 years.

Bertha's Kitchen has been featured in Saveur magazine, Garden & Gun and other national publications. 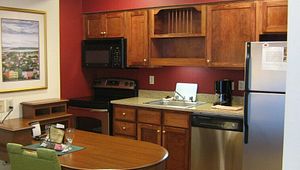 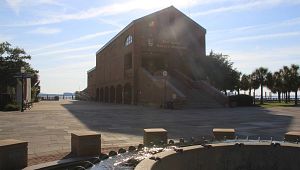 This state-of-the-art center is the primary ferry departure facility for visiting Fort Sumter. Located in Liberty Square, the center offers interpretive and visual exhibits on the events leading up to the start of the Civil War with the bombardment of... Read More

A Charleston tradition since 1946, Bessinger's Barbeque serves Southern-style barbeque, sandwiches and sides made with the highest quality ingredients. The restaurant, in its third generation of ownership by the Bessinger family, offers both a... Read More

We are a Boutique Inn that offers the perfect combination of luxury and nautical charm in our ten guest rooms. The Regatta Inn overlooks the stunning Sunset Cay Marina where you can experience breathtaking views of South Carolina’s coastal waterways.... Read More