The Old Pickens Presbyterian Church story begins with the 1828 establishment of a town named Pickens Court House, South Carolina. Today, nearly 160 years after it was built, the Old Pickens Church stands as a reminder of what was one of the focal points of a well-planned town of Pickens Court House. The church was given a prominent location on a hill overlooking the Keowee River in the town that was the county seat. Pickens Court House served residents who settled in the town but also families in the Keowee River Valley. The church was built in the late 1830s out of handmade brick taken from the river banks. It has a single gable-style roof and is situated on the original Cherokee Nation War Path. The inside has a gallery where the slaves could worship together with others. For more information go to www.oldpickens.org.
Visit the Website 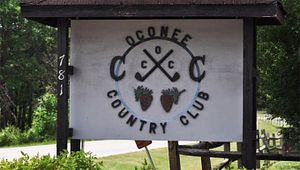 Built in 1948, Oconee was designed in the old tradition of good straightforward golf with nothing thrown in to trick the golfer. The signature hole is #15, a 470-yard, par 5, allowing the longer hitters to reach the green in two if they are willing to... Read More 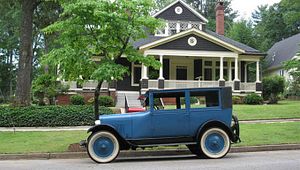 Listed on the National Register of Historic Places, this California style bungalow was built in 1909 by Dr. & Mrs. W.J. Lunney and occupied continuously by the Lunney family until 1969. Its distinctive Arts and Crafts architecture extends to include a... Read More 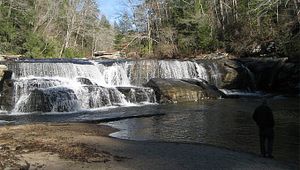 Riley Moore Falls is a relatively short cascade of about 12 feet, but is 100 feet wide. It once powered a mill and is now used occasionally by Class VI whitewater paddlers. The 45 minute, moderate 1 mile hike is worth the travel time. Watch for clusters... Read More 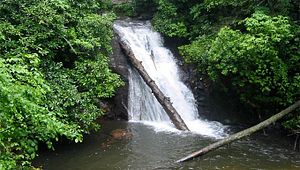 Blue Hole Falls is a 75-foot cascade on Cedar Creek that falls into the blue pool for which it is named. A moderate hike on a poorly defined path leads you the falls. Be careful: the sides of the pool are steep, and the path is very narrow. Read More 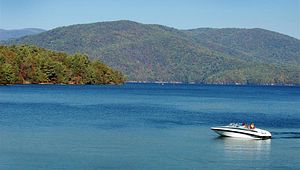 Lake Jocassee is a 7,565 acre man-made lake in the South Carolina mountains. Formed by the Whitewater, Thompson, and Toxaway Rivers, it is known for its mostly undeveloped shoreline, views of the Jocassee Gorges Wildlife Management Area and surrounding... Read More

Plan to “H.A.M. It Up” with us at the World of Energy, during the month of November. The center is hosting its first ever Heritage, Arts, & Music event. Unique artwork of iron, copper, charcoal drawings and much more will be on display all month. The art... Read More