The Annual Myrtle Beach International Film Festival (MBIFF), billed as “The East Coast’s answer to the Sundance Film Festival”, comes to the South Carolina Grand Strand each spring. Winner of prestigious international and national awards, such as “Top 25 Film Festivals To Submit To In The World”, by Movie Maker Magazine, and recognition as one of the best film festivals in the world, by Film International, the MBIFF call for entry has closed for this year's event and we can guarantee a phenomenal line up of films on the big screen this year. Attending this year’s event will be filmmakers, industry professionals and actors from featured films, short films, and documentaries, all of whom will have interaction with the audience in informal “Q&A” sessions following each film. For the complete schedule and more festival specifics, visit www.myrtlebeachfilmfestival.com.
Visit The Website For The Latest Event Information

Dragon's Lair will set your imagination on fire! Ready yourself, noble knight! Make sure your trusty putter, Excalibur, is in hand. You are about to enter Dragon's Lair where fun and adventure from the Middle Ages await you around every corner as you... Read More 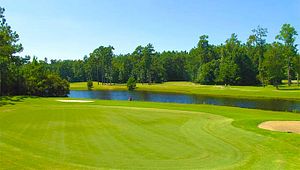 The music will be live and non-stop-and so will the fun. Enjoy wine sampling and the beauty of the vineyard. Read More