For four Greenville residents, Mary Beth’s is where dreams intersect. One always wanted to open a restaurant. One wanted to be his own boss. One wanted her husband to finally get his big chance. Another simply wanted her kids to live close by. A move from New York to South Carolina happened, and the four waited, planned and payed for luck.

In April of 2008, the dream was realized when Andy Ballard and Chick LaPress opened the doors at 500 E. McBee Avenue, giving Greenville the answer to the question,”Where should we go eat?” Serving what they believe is the best breakfast in Greenville, Andy and Chuck are proud of what they’ve built so far and look forward to many more years behind the counter at Mary Beth’s.
Visit the Website 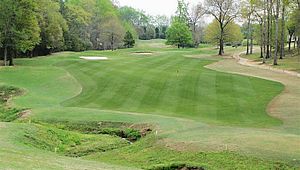 This 18-hole, 6,586 yard par 72, championship course has been masterfully designed the renowned golf architect P.B.Dye. Great courses are often defined by the quality of their greens and the Champion Bermuda greens at Cherokee Valley are among the best... Read More

Rainbow Falls drops 100 feet over steep walls streaked with black and tan from the alternating layers of amphibolite gneiss, granitic gneiss, and mica schist. In the spring, azalea, meadow rue, and Solomon's plume envelope many of the boulders. Reaching... Read More

This 240-acre park and retreat center is the Greenville County Recreation District’s jewel in the foothills of the Blue Ridge Mountains. It offers a beautiful natural setting, a fantastic camp and retreat center, camping, and picnic areas. The Camp... Read More 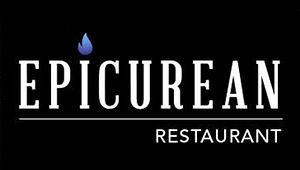 The Epicurean Restaurant offers food from local produce gardens to your table, as well as crafted dinners and definitive specialties. The food is so good, it's addictive. Read More

Blues Boulevard Jazz is Greenville's newest and hottest jazz and blues club. Located on scenic River Street in downtown Greenville, they showcase the best jazz music and exceptional dining. With a long list of speciality drinks and a menu of artfully... Read More