The French Protestant Church of Charleston was founded in approximately 1681 by Huguenot refugees from the Protestant persecutions in France. About 450 Huguenots had settled in South Carolina's Low Country by 1700. The first Huguenot Church was built on its present site in 1687, but in 1796 was destroyed in an attempt to stop the spread of fire, which had burned a large surrounding area. The replacement for the original building was completed in 1800 and dismantled in 1844 to make way for the present Gothic Revival edifice, designed by Edward Brickell White and dedicated in 1845 The church was damaged by shellfire during the long bombardment of downtown Charleston in the War Between the States and was nearly demolished in the severe earthquake of 1886. The present building dates to 1845. In 1845, the church also purchased and installed a tracker organ carved in the style and shape of a Gothic chapel. After the fall of Charleston in 1865, federal soldiers dismantled the organ and were loading it on a New York-bound ship when the pleas of the organist, Mr. T. P. O'Neale, and some influential friends saved it. This is the only remaining independent Huguenot Church in America.
Visit the Website 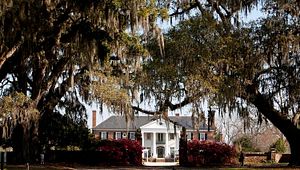 Boone Hall is one of America's oldest plantations, established in 1681 by Major John Boone. The famous Avenue of Oaks, a breathtaking three-quarter mile drive lined with giant live oaks draped with Spanish-moss, dates to 1743. The plantation manor dates... Read More 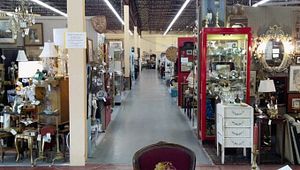 Antiques Market features over 20,000 square feet and over 100 vendor spaces of high quality primitive and fine antiques, as well as collectibles from all periods. Read More 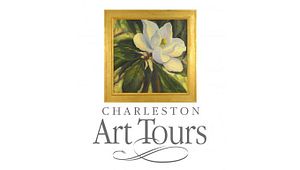 Steeplechase of Charleston at Stono Ferry

Bring your friends and family for a splendid day spent outdoors watching world-class horse racing at The Plantation at Stono Ferry. The family-friendly Sunday event will feature five high-stakes races with coveted titles on the line. So pack your... Read More 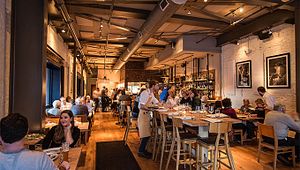 HoM is a burger boutique and pong lounge where creative burgers of delicious consequence demand happy noises and extra napkins. Where "burgers" come in the form of everything from house-ground beef to tempeh & tofu. Where carnivores sit alongside... Read More