A Presbyterian congregation was meeting on Edisto Island possibly as early as 1689. The original building was erected in 1710, which later burned and was replaced in 1807. The present church was constructed under the supervision of E.M. Curtis, a Charleston builder and completed 1836. The beautiful Classic Greek Revival architecture reflects the prosperity of the Edisto planters and served both the white and black islanders until the beginning of the Civil War in 1861. It has a large graveyard with many fine gravestones dating from 1792.
Visit the Website

*Due to COVID-19, please check official event website for updates.* The largest wildlife and nature event of its kind, the Southeastern Wildlife Expo (SEWE) is held in multiple venues in downtown Charleston each year over President's Day weekend.... Read More

Brilliantly lit floats and community groups will march up West Coleman Boulevard as the Mount Pleasant Christmas Light Parade sets sail to the delight of thousands of residents and visitors. The festivities begin at 5:30 p.m. with a spectacular... Read More 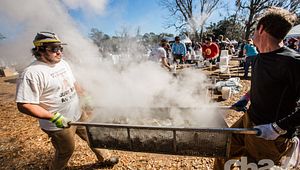 The Oyster Festival is a one day tribute to the mighty mollusk so many of us know and love. It is little wonder that the Oyster Festival has been the highlight of Charleston’s “January-doldrums” for more than 35 years. Early on Sunday morning, two... Read More

One-hour fully narrated tours of Charleston's historic district with the city's only licensed guides in Confederate uniform. Tours depart about every 20 to 30 minites from our barn at 14 Anson St.; 30-minute night tours are offered during summer months.... Read More 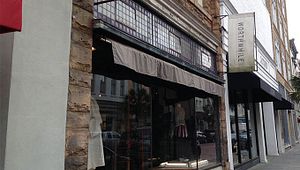 Handmade custom clothing for women and children, bedding, bath products, jewelry, and home accessories are just some of the items sold at Worthwhile. Read More

Our small team of passionate naturalist guides are dedicated to helping create a memorable experience on the water for your crew! Guided kayak tours, self-guided kayak rentals, stand-up paddle-boarding, and private boat excursions all get you up close... Read More