A Gothic-Revival structure with an unusual brick spire, this was the first church built in Greenville. The Rev. Rodolphus Dickerson organized the first members of this congregation in 1820 from families who were summering in the Upcountry to escape the heat of the coast. A small church was completed in 1826, but the congregation outgrew it. The present church was consecrated in 1854. A Gothic cruciform design was planned and over a period of years with further construction in 1875. The building was completed in 1880. A stained glass window of the Last Supper was installed in 1914 from Mayer Studios in Munich, Germany. The most recent expansion took place in 2007. Notables buried in the cemetery include town founder Vardry McBee.
Visit the Website

For sale are plants, hanging baskets,fruits and vegetables and lawn accessories. Read More

Have your "Best Day Ever" at Discovery Island. Greenville County's award-winning waterpark features the radical FlowRider for wave riding fun, a long a twisting lazy river, two water slides-one a tube slide,amd the other a body slide, a leisure pool... Read More 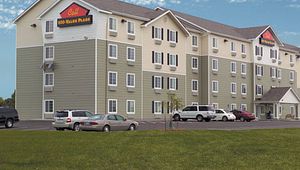 A truly affordable weekly rate and an astonishingly clean room with a full kitchen. All in a more secure environment than you’ll find at any other extended stay hotel or motel. How can we make this promise to our guests? By keeping things simple. And... Read More 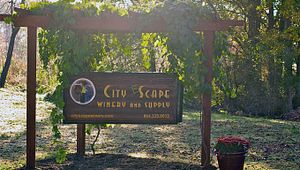 Take a ride down US 25 and out in the country to enjoy a wine tasting at City Scape Winery. We are located in the Southwest part of Greenville County at 589 Dunklin Bridge Road in Pelzer, SC. It is Greenville County’s only winery and one of only a... Read More 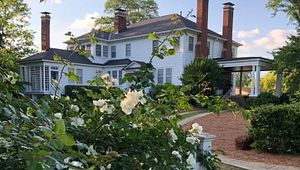 A Celebration of Creativity, Community & Commerce. Join us for the 12th annual GCA's Fall Festival & Holiday Market! We are a family-friendly, community-focused event held on Nov 6, 2021, 10:00am – 3pm, featuring 65 vendors and concessions. Event... Read More