The congregation of Unity Baptist Church was organized in 1909 as an outgrowth of Kershaw's First Baptist Church. It is believed to be the second church for African Americans established in Kershaw in the early 20th century. The new sanctuary was built by Deacon George L. Shropshire, a local carpenter and contractor. The church has undergone few alterations since its construction. 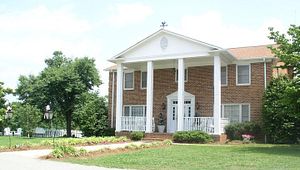 HomePlace is nestled in a country setting, surrounded by several acres of pasture, woods, ponds, and gardens. Read More 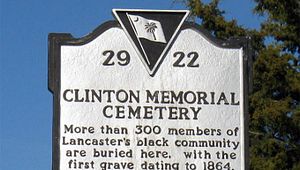 The cemetery is full of Southern history with graves that date to the 1890s. Many of the local residents buried here are among the most famous in Lancaster's African-American history. They include Isom Caleb Clinton, a founder of Mt. Carmel... Read More

The City of Lancaster, the county seat for Lancaster County, is located southeast of Charlotte, NC. Originally inhabited by the Catawba and Waxhaw Indian nations, the area was later settled in the mid 1700s by Scotch-Irish farmers from Lancaster, Pa. who... Read More