Civil War hero Robert Smalls gained fame for escaping slavery by piloting a Confederate ship, that also carried his brother John and their families, past rebel forces at Charleston Harbor and delivering it to Union forces in Beaufort. After the War, Smalls was among the first African Americans elected to the US Congress and he served in the state senate. A memorial to Smalls' life stands in the churchyard of Beaufort's Tabernacle Baptist Church, where he is buried.
Visit the Website 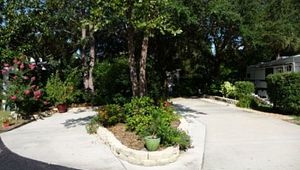 We feature island-wide vacation home and villa rentals, many with free golf, tennis, and bicycles. Please allow our Vacation Counselors to help you plan your perfect vacation. Read More

You will thoroughly enjoy the comforts of our one, two, three and four bedroom oceanfront villas. We offer discounted golf, free tennis and complimentary health club. Read More

Jim 'N Nick's Bar-B-Q's storied history began nearly three decades ago and has grown to an almost equal number of locations. The restaurant's barbecue style is a labor of love developed by a father-son team and fueled by their passion for the art of... Read More