On September 9 & 10, 1739 an Angolan slave by the name of Jemmy led 80 slaves from area plantations marching toward St. Augustine, Florida expecting freedom. After attacking a warehouse to seize weapons, burning homes, buildings and killing whites, a militia apprehended the group and almost thirty-four slaves were killed. These revolts lead to the passage of the most comprehensive slave codes in the English Colonies, which remained in place until the end of the Civil War. 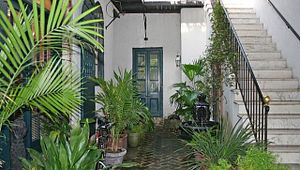 (c. 1800) Located in the French Quarter of the original walled city; Our carriage house suites each have a private entrance and overlook a courtyard; lovely veranda, 1 room; 2 suites; 2 apartment, Very Private. Read More

Located in the heart of the Historic District. Rooms have king beds, whirlpools and fireplaces. Breakfast, afternoon reception, wireless Internet and parking included. 21 rooms of unparalleled beauty, accompanied by personalized service and attention to... Read More 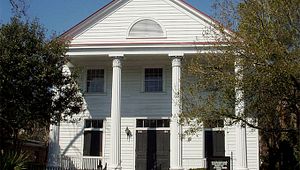 Old Bethel is the third oldest church building surviving in Charleston. Built 1797-1807 at the corner of Pitt and Calhoun Streets, the church was constructed in the gabled meetinghouse style with white clapboards after a design by Francis Asbury, the... Read More

Tours are a blend of knowledge, wit, humor and history, recounting, witnessing and in some cases taking part in the ever-unfolding story that is Charleston. One-hour tours canvass 25 – 30 blocks of Charleston’s historic downtown district filled with... Read More

Known as the "Holy City", for its long tolerance for religions of all types, Charleston is the state's most beautiful and historic treasure. Charleston has had a starring role in South Carolina history since its founding more than 300 years ago.The... Read More

Located in the eclectic island town of Folly Beach, South Carolina, Regatta Inn is the perfect destination for a beach getaway. Set right on Folly River and tucked back on a quiet street next to the marina, you’re sure to enjoy stunning sunset views... Read More