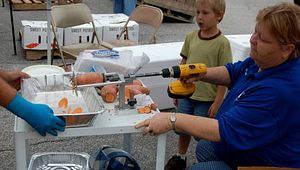 Edmund H. Deas (Duke of Darlington) served as chairman of the Darlington County Republican Party in 1884 and 1888 and was a delegate to four national conventions from 1888-1908. An African-American candidate for Congress in 1884 and 1890, Deas was... Read More

Ruth's has been family owned and operated since 1945 specializing in hotdogs, hamburgers, and southern cooked lunches. The business started out as a grocery store with a sawdust floor. In 1948, Ruth's started selling hot dogs out the back window. In... Read More

Moree's Sportsman's Preserve is an upland game preserve and is the favorite of many who love quail hunting, duck hunting, pheasant hunting, and other outdoor activities in South Carolina. It is encouraged for sportsmen to bring their well managed dogs... Read More 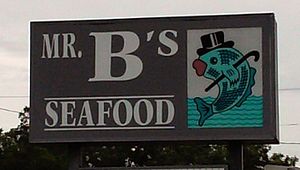 Many consider Mr. B's to be the best seafood inland. Come by on a weekend night to try the steaks, or a Sunday morning to try their delicious buffet. Stop by on any weekday to taste their delicious seafood buffet, and their clam chowder is a must.... Read More