The history of South Carolina's State House is as colorful as the state itself. Begun in 1851, the original architect was dismissed for fraud and dereliction of duty and the structure dismantled due to defective materials. Work on a new structure was begun in 1855 and suspended in 1865 as Sherman's Union Army swept through leaving its mark on Columbia and the State House. Completed in 1907, the copper-domed granite building today wears six bronze stars to mark hits from Sherman's cannons. An African-American History Monument on the grounds traces African-American history from the Middle Passage, to the fight for freedom in the Civil War, the struggle for civil rights and emergence into mainstream America.

To reserve a tour time, or for more information, please call 803-734-2430.
If you can't come in person, take a State House Tour by video at bit.ly/3iUh4EJ.
For even more information about the South Carolina State House, click here: bit.ly/33RaJDS
Visit the Website 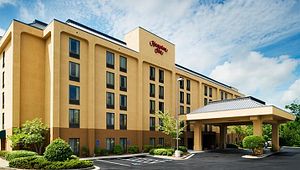 Conveniently located in Northeast Columbia. We are 5 miles from Downtown Columbia, 2 miles from Fort Jackson, and 4 miles from the Village at Sandhills. We offer free Deluxe Continental Breakfast, free wireless Internet, and the new Hampton Cloud Nine... Read More

One of only five National Historic Landmarks within Columbia, the Robert Mills House exemplifies the skill of the first architect born and trained within the United States who designed some of the nation's most prominent buildings, including the... Read More 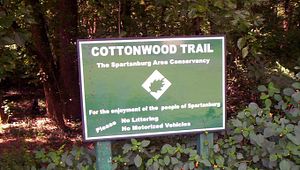 The South Carolina Trails webpage is a comprehensive resource for trails information across the state. Read More 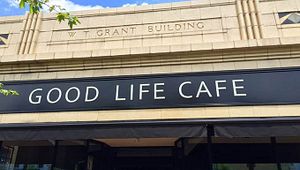 Good Life Cafe is one of the only organic, raw, vegan restaurants in Columbia, SC. Executive Chef Sharon Wright has been preparing natural, wholesome, nutritious and delicious meals, juices and smoothies for 24 years. The menu is merely a virtual world... Read More