The original Palmetto log fort was begun in 1776 and only partially completed when attacked by a squadron of British warships. Col. William Moultrie and his men staved off the assault in the Battle of Sullivan's Island. The current structure was completed in 1809. Union soldiers abandoned the fort in December 1860 for the stronger Fort Sumter. Following the surrender of Fort Sumter, Confederate forces fortified Moultrie as one of a string of batteries and forts protecting Charleston's harbor. In February 1865, Confederates evacuated the city leaving the fort behind, hidden under a band of sand that protected its walls from federal shells. The interior of the fort has been restored to reflect the story of American seacoast defense through World War II, and a visitor center is located near the fort. An "African Passages" exhibit deals with the role of Sullivan's Island and the international slave trade. The National Park Service administers the fort. School groups admitted free.
Visit the Website

Only nine miles from historic, downtown Charleston, our newly renovated hotel sits on the region’s most beautiful beach and offers all the amenities and Southern hospitality you desire. As Charleston only full-service oceanfront hotel, Tides features 132... Read More 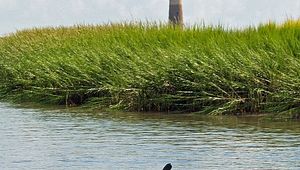 This private two-hour boat tour is what Charleston is all about! We'll cruise through calm rivers lined with oyster beds as your captain looks for bottlenose dolphins. Watching them swim next to the boat is exciting but if they are feeding in the... Read More 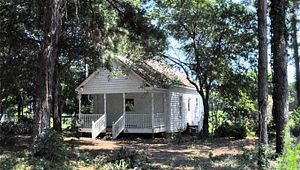 The Walnut Schoolhouse was originally built in 1868 for the freed slaves after the Civil War. Along with 10 other one-room schoolhouses, it was the beginning of public education for Johns Island. It was previously located on what is now Betsey Kerrison... Read More

At the Striped Pig Distillery, everything is unique. From their name "Striped Pig" and their pet pig and mascot Jackson, to their custom-built machinery and their finely crafted spirits, every aspect of this place shouts one-of-a-kind! See and taste it... Read More

The 8th Annual Charleston Beer Week celebrates our city’s beer community, from brewer to bartender, from keg to glass! As the nation’s craft beer industry grows exponentially, so has the local beer scene over the last few years. We boast 32 breweries &... Read More