With the National Cemetery Act of 1863 Abraham Lincoln established this cemetery for soldiers who died in the Civil War. Of the 7,500 Civil War soldiers buried here, 117 are Confederate. In the 1870s the Union Soldiers monument was erected to honor the 174 unknown Union soldiers buried at the cemetery. A large granite monument dedicated to “the Defenders of American Liberty Against the Great Rebellion” was erected during the 1880s. More recently, in 1989 a ceremony was held for the reinterment of the remains of 19 Union soldiers from the 55th Regiment and the 1st North Carolina Regiment located on Folly Beach missing in action since 1863. In 1997, a memorial in honor of Confederate soldiers interred at the cemetery was installed. Today soldiers of all wars are buried here.
Visit the Website 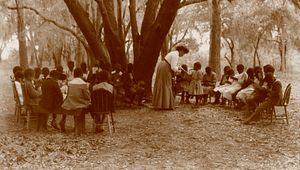 Northern missionaries and abolitionists Laura Towne and Ellen Murray founded Penn School in 1862 for the education of newly freed Sea Island slaves. It was one of the first schools built in the America for former slaves. The Penn School, established as... Read More

This championship course winds around magnificent live oaks, strategically placed bunkers, over 25 acres of water and through unusually rolling terrain for a low country course. A course that is designed in keeping with Fuzzy Zoeller's philosophy that... Read More

Located 2 miles from the Historic District and 6 miles from Parris Island Marine Base. Read More 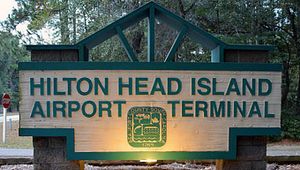 Located just off island overlooking the Intercoastal Waterway, the hotel is 7 miles from the Hilton Head Airport and 40 miles from Savannah International Airport. The hotel is just minutes away from world class golf courses, shopping, and dining. Enjoy... Read More